skip to main | skip to sidebar

looking back this past few days i'm reluctant to say that some malaysian are just full of ignorance..

the malaysian 'BAR' council is just one of them..

the issues that they brought foward is just showing how insensitive sort of people they are..

and how i aspect more from them this group of so called educated people..

they ask us to understand the grives that all the people involve in the cases feel...

yes we feel you there..

but those things does not only happend to them...f.y.i it also happends to malay families..

the issues of the children custody and family posession is all part of it..

on the issues of syariah court versus the civil court i just leave to the people that have the speciality on that..

but the most lack of sensitivity from the 'BAR' council part is the failure to recognized that ISLAM is not malay and malay is not islam..

yes the majority of the malay people in malaysia is ISLAM..

but they have to differentciate between religion and race..

the majority of malay was tick off by the issues is because they feel that their religion which is islam is being threatend by these so called educated group of people..

and please dont go about blaming them about the street protest saying they are racist or something..

like what i've said before...all of you want democracy...

then there you have it..democracy at hand..

please i beg to these socalled educated people...

think of what will happend before you all take any action..

we malay's have "beralah" for the past 51 years and our "kesabaran" is becoming thinner because of your act...

and may i suggest you all be put behind "BARS" for the sake of harmony and stability of the country..

sensitivity is just a small amount to pay for peace in our beloved country.. 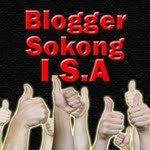